Follow me here!!! I might not have much to say so twitter is the perfect place for me to speak about sauces, coffee, life, lame events….pretty much anything that fits in a few sentences or less. If you like to hear about my posts or anything else going on in real time please feel free to follow!
https://twitter.com/#!/saucewithlove
January 11, 2012January 12, 2012Leave a comment

I have been to Ecco twice and I will say my opinion changed upon my return. My first visit I was a tad disappointed with my meal, not so much that the food was bad, but that I felt in going out to a restaurant I could have had better. The bruschetta I ordered was quite good and actually non-disappointing, it was rather my pasta I got, which was with meatballs that got me. It wasn’t that the flavors weren’t there it was more so that I felt I could make it myself and there wasn’t any spices that really captured my imagination for that matter. I know some people go to restaurants for that home cooked effect, I on the other hand want to be wowed with something I myself could not concoct at home. My friend Jennie, whom I was with, ordered a delicious white pizza with pears, which was definitely something different and also something I myself would never think to make. Her daughter ordered mac’n’cheese from the kids menu, and although the adults loved it, I feel like it should have been noted before ordering that this was not your typical mac’n’cheese. It was three cheeses, shell pasta, and definitely had a strong flavor. And although I loved it, Sofia was none too pleased. She shared my pasta though and was I think happier with the meatballs than me.

Upon my second visit my dad and I shared the sausage pizza and a caesar salad. Both were good, although I would have liked a little more dressing on the caesar. The pizza though was delicious and had just the right amount of sauce, sausage, etc. It was very good and I love the thin crust. I also love the focaccia that they serve before the meal with pesto. I love when Italian restaurants serve pesto with the bread before a meal. Each restaurant always has a different take on the pesto and it is fun to compare them. This pesto is a bit thicker and not traditional pesto. I am not sure if it is made with basil or another herb, but it is quite good. I want to come back to Ecco to try some other menu items and also to try something from their extensive bar. Last time I was in there I noticed that they had so many different liquor bottles I can only imagine what imaginative drinks they come up with.

So I have been to Old Vine Cafe twice now. The first time was a bit of a disappointment. Not so much in the food wasn’t good, but I felt that the service was a bit lacking. I also asked for some balsamic to add to my burratta mozzarella salad that was served with fried arugula and a lemon olive oil, I was told at first by our waitress that I would be brought some, I was then told by the chef that in no way could I add balsamic to his concoction because it would ruin it. I understand chefs being picky about what is added to their food, but for Gods sake I love my balsamic and I will add it where I please. I find it hard to understand, especially because this was a salad, why he could not just bring me a small side of it. If I found that it clashed I would put it aside. He said he would bring some more of the lemon olive oil, but instead proceeded to forget entirely, causing me to just be mad all over again. My dad ordered the truffle steak sandwich, upon my prodding, and although it was good, I think he regretted not ordering the pulled pork sandwich that the lady next to us was eating. That sandwich appeared to be what he really wanted, but instead he listened to me, and lo and behold he was disappointed.

Upon our second visit I decided to try the breakfast, which is served all day. I ordered the vegetarian omelette, which is served with a variety of veggies mixed in and pesto sprinkled on top. It was good, but not great. I felt that the pesto really overwhelmed the entire dish and perhaps they should have just added fresh basil instead. The sauteed potatoes were delicious though, I thought that they were spiced well and although not crispy as I prefer, they were a nice addition to a somewhat lackluster omelette. The english muffin they served on the side was also quite good, and tasted as though they might have baked it themselves. I believe they either use a brand of english muffins I have never tried or they have a bakery that makes them fresh because this english muffin resembled a biscuit in its flavor and texture and was definitely a treat. My dad joined me again on this trip and he ordered the reuben panini. This time the sandwich did not disappoint. He ordered a side of dijon, which he was not yelled at for asking for something else this time. It was also served with a side of russian dressing, ie thousand island. The pastrami was very lean cut and the sauerkraut was very good. I do prefer a reuben on rye bread but this version was very tasty and filling. The portions of their paninis are large and can easily be shared between two people.

This was a better experience the second time around but I am still skeptical. I would like to try dinner here sometime and see then what I think. I believe that they could definitely use a little faster service and maybe an extra waiter or two. I do think I will be back a few more times just to see if they can change my mind.

Coyote Grill in South Laguna is one of my favorite breakfast places in Laguna. It is best for a weekend trip, especially after a long night out. Their bloody marys are delicious, as well as their margaritas and other cocktails. The chips are good and the salsa as well. I am not the biggest fan of the guacamole, but you can’t have everything now can you? I usually like to order the beef machaca with flour tortillas and refried beans. I love machaca, and they do make a good one. The tortillas are served warm and are always delicious. I have also tried the eggs benedict, as well as a few omelets, and have been happy with both. I have heard that the pancakes are also quite good, but I am not a huge pancake fan so have never ordered them For lunch, dinner or happy hour I like to order tacos. I just tried the langostino tacos the other night and was very impressed. I have also ordered the calamari tacos previously and they are also delicious. Both are served with a cabbage slaw and a white fish sauce and served either a la carte or with beans and rice. I have yet to try a burrito there but I have a feeling they are just as good. The atmosphere at Coyote is always fun and you are bound to run into someone you know while there. All in all this is a great place to eat and socialize at any time of day or night!

Please go to the link below and donate if possible. This is an amazing project my sister is a part of, as well as other students and graduates of MIIS. Read and if you cannot donate please pass along to anyone who might be able to!
http://blogs.miis.edu/montereystart/2011/11/22/team-perugreenhouses-for-combating-malnutrition-in-peru/ 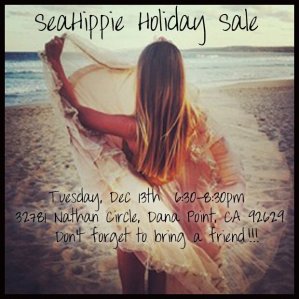 From Sauce with Love